Voice of the Martyrs Korea has learned the story of a previously unknown North Korean Christian martyr from a North Korean government video used to train state security agents how to identify and silence proponents of religion inside North Korea.

The purpose of the North Korean government video is to discredit practitioners of religion. But by deciphering the story told in the video we learn for the first time about a bold and courageous North Korean evangelist who received Christ in China and returned to North Korea instead of escaping to the South. 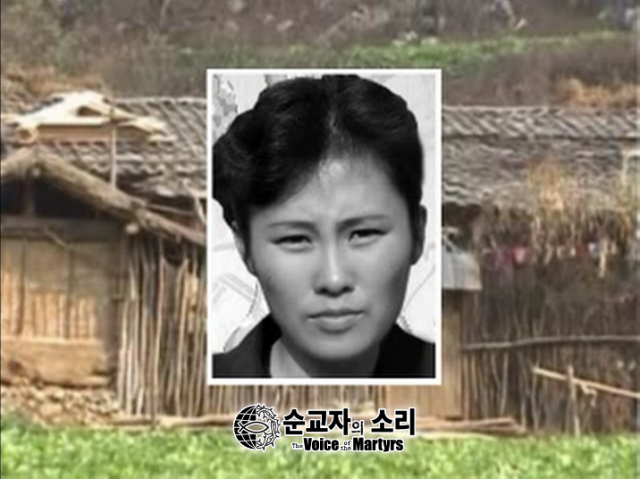 According to the propaganda film, Cha Deoksun had been a strong revolutionary whose faith in the government wavered during the Great Famine. During this time, Cha Deoksun heard that she could get help if she visited a woman in the northwest. This woman told her, “There is a way that you can live even if you have committed a capital offense.”

After visiting this women, Cha Deoksun illegally crossed the border between China and North Korea in search of an uncle that lived in China.  Instead of finding her uncle, who had died before she arrived, Cha Deoksun found Seotap Church and was deeply moved by the gospel message. According to the propaganda video, she became a fanatical believer who was inspired to return to North Korea and form an underground network of believers inside of North Korea.

Due to her poverty, Cha Deoksun was given permission by the government to travel between towns in North Korea to provide for herself. During her travels, Cha Deoksun went out of her way to evangelize others. According to the video, she gave money to people who were poor, lower class, or suffering. She also found the descendants of several prominent Korean Christians and worshipped together with them. The video claims that these groups of underground Christians gathered every Sunday to worship, pray, sing hymns, and study the scripture—even during the busiest farming season. 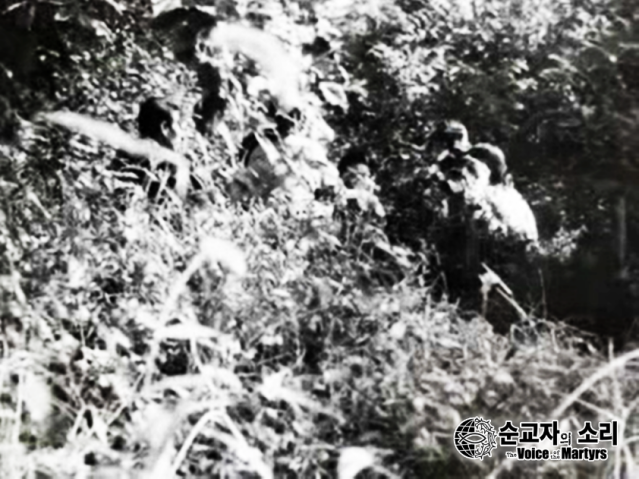 Cha Deoksun and other underground believers worshiping in an NK forest

Of course, this isn’t the way the propaganda describes Cha Deoksun. The video describes her as a spy seeking to recruit other spies. This is the typical definition of evangelism used in NK propaganda.

Eventually, Cha Deoksun was reported by “a good and awakened North Korean citizen.”

The inclusion of Cha Deoksun in the government training video is a reminder of the truth of Romans 8:28—that all things work together for good for those who love the Lord and are called according to his purpose.

The goal of Voice of the Martyrs Korea is to keep the voices of the martyrs from falling silent. The story of Cha Deoksun shows that God uses even anti-religion training videos to ensure that the stories, memories, and words of the Lord’s beloved martyrs are not lost but are instead preserved and spread through the very state that intended to destroy them.

The Reverend Dr. Eric Foley is CEO and Co-Founder, with his wife Dr. Hyun Sook Foley, of Voice of the Martyrs Korea, supporting the work of persecuted Christians in North Korea and around the world and spreading their discipleship practices worldwide. He is the former International Ambassador for the International Christian Association, the global fellowship of Voice of the Martyrs sister ministries. Pastor Foley is a much sought after speaker, analyst, and project consultant on the North Korean underground church, North Korean defectors, and underground church discipleship. He and Dr. Foley oversee a far-flung staff across Asia that is working to help North Koreans and Christians everywhere grow to fullness in Christ. He earned the Doctor of Management at Case Western Reserve University's Weatherhead School of Management in Cleveland, Ohio.
View all posts by Pastor Foley →
This entry was posted in North Korea and tagged anti-religious propaganda, Cha Deoksun, North Korean government training video, North Korean Underground Church, Seotap church, underground church worship. Bookmark the permalink.