Posted on December 14, 2015 by staffvomkorea 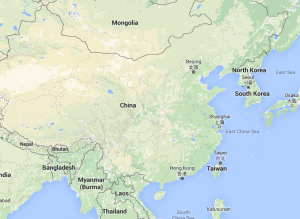 The rise of Christianity in China has been so significant that experts are now suggesting Christianity may be the singular most popular “organization” in China – surpassing current Communist party membership numbers by almost 10 million. Analysts expect that Christianity will continue to grow, eventually surpassing the number of Christians in America in less than ten years.

President Xi and the Chinese Communist party have taken notice and have begun to implement a more active position to control the underground church and mold China’s Three-Self (registered) churches into their structure of socialism.

It seems increasingly clear that the party sees the Christian churches as one of the essential threats to its continuing tight grip on power.

This move has a few implications, namely:

While these things do not surprise us, we continue to be astonished as we meet seminary trained students and missionaries in China who have never been trained to make sense of suffering or how to respond to it. Yes, their zeal is great and their level of biblical literacy is often high, but they are lacking in two key areas:

1.) The practical ways to put the word they are so zealous about into action and

2.) A true understanding of what it means to suffer for Christ and how to respond to it.

Recently, during a .W discipleship training in China, we had the privilege of sharing the ITSOTC content with some missionaries who are serving Han Chinese and other minorities, and we were shocked when one of them responded, “How is it that I am now in my Doctoral program and I have never heard anything about these things?”

As we continue to observe this “molding” of the church by President Xi and as we recognize the plight of Chinese seminary students, missionaries and other Christian leaders in China, Voice of the Martyrs Korea has been preparing and is even now beginning to meet the need for adequate training in this area through our discipleship trainings and our short-wave radio content that is broadcast into China every single night!

This entry was posted in Making Disciples, persecution and tagged Christianity in China, Voice of the Martyrs Korea. Bookmark the permalink.