Why North Koreans, Not Business-As-Missionaries From The West, Must Lead The Effort To Reach North Korea For Christ 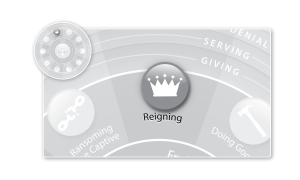 There is an almost universal lack of faith in North Koreans’ ability to lead ministry efforts to reach North Korea. I’ve found few Westerners and even fewer South Koreans who believe otherwise  You can see this attitude inherent in the spate of articles this month which describe “business as mission” missionaries supposedly leading the charge to reach North Korea for Christ.

But such efforts overlook the existence of a church in North Korea that has its own mission program and clear preferences for and against certain types of aid. This is a voice that is rarely heard, considered, or sought in conversations about North Korea. Seoul USA—the NGO Mrs. Foley and I founded ten years ago to do evangelism, discipleship, and leadership training with North Koreans—exists to amplify that voice and make sure it is reckoned with in strategic conversations about how to reach North Korea for Christ.

North Koreans can – and must – lead the efforts to reach North Korea. They must not only be trained to lead when North Korea opens, but they must be trained to lead ministry efforts to reach their brothers and sisters today. They should never be treated as junior partners or needy wards of the international Christian community today, benefiting from our largesse and care and subject to our determinations of what is best for their Christian development.

My conviction of this is rooted primarily in God’s word.  Time and again we see God deliberately choosing those men and women who are the most unlikely of candidates to advance His kingdom.  Joseph the slave, Moses the murderer, David the adulterer, Peter the fisherman, Paul the persecutor. It is not so much that unlikely candidates turn out to be more suited for God’s work; rather, it is that unlikely candidates, when transformed, are able to reflect God’s glory more brightly precisely because of their unlikeliness to undertake such leadership on their own.

I cannot think of anyone more unlikely to lead than a man or woman who, from birth, has been deliberately trained not to under the threat of death.

It is difficult for most of us to imagine just how all-encompassing North Korea’s Juche ideology of Kim Il Sung worship really is.  Even for those of us who have been raised in Christian families and gone to church all our lives; the very fact that we live in countries where we could choose to worship otherwise – or not at all – keeps us from grasping the full gravity of it.

Yet, this we do know: through faith in Christ every person may been transformed.  It doesn’t matter whether we are North Korean, South Korean, American, Russian or any other nationality.  God specializes in taking unlikely candidates like you, me, and the tens of thousands of North Korean defectors living in South Korea and China, and doing in us what we could not do ourselves.

His work is to make truly great leaders out of the unlikeliest of candidates.

But the work of God is not without challenges.  While defection from North Korea is becoming increasingly common – with an estimated 25,000 defectors now living in South Korea and tens of thousands more in China – defecting from North Korea is only the first victory in a series of challenges yet to come.  And for many defectors who battle drug abuse, psychological problems, depression, crime, educational dropout, and skyrocketing unemployment, the fight proves too difficult.  Some have waved the flag of surrender all too early, yielding to suicide.

Yet, if defectors are to become the pillars on which a unified Korea will someday be built, they must learn to adapt leadership skills to their own contexts.  The challenge is: for someone who has only ever known Juche, Christian leadership is not just a foreign tongue, it’s a different universe altogether.

Fortunately, the transformation of one’s very being is precisely what is offered in Jesus Christ:

“You were taught, with regard to your former way of life, to put off your old self, which is being corrupted by its deceitful desires; to be made new in the attitude of your minds; and to put on the new self, created to be like God in true righteousness and holiness.” (Ephesians 4:22-24, NIV)

That’s good news!  Great leaders aren’t born, they’re born again…and through their willing participation, the Holy Spirit enables them to become what they already are in Christ as they “put on the new self.”  This means that every person who trusts in Christ, regardless of the ideology buried deep in their bones, is capable of being a great leader.

The Reverend Dr. Eric Foley is CEO and Co-Founder, with his wife Dr. Hyun Sook Foley, of Voice of the Martyrs Korea, supporting the work of persecuted Christians in North Korea and around the world and spreading their discipleship practices worldwide. He is the former International Ambassador for the International Christian Association, the global fellowship of Voice of the Martyrs sister ministries. Pastor Foley is a much sought after speaker, analyst, and project consultant on the North Korean underground church, North Korean defectors, and underground church discipleship. He and Dr. Foley oversee a far-flung staff across Asia that is working to help North Koreans and Christians everywhere grow to fullness in Christ. He earned the Doctor of Management at Case Western Reserve University's Weatherhead School of Management in Cleveland, Ohio.
View all posts by Pastor Foley →
This entry was posted in North Korea, Reigning and tagged business as mission, juche, Leadership. Bookmark the permalink.

2 Responses to Why North Koreans, Not Business-As-Missionaries From The West, Must Lead The Effort To Reach North Korea For Christ