What Happens When A Christian Is Imprisoned? 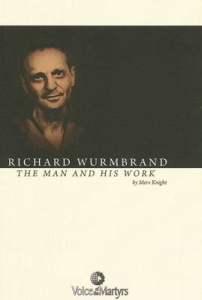 Post by Pastor Tim – Some years back North Korea separated imprisoned Christians from the rest of the concentration camp population.  Why?  Because in the midst of their own suffering, imprisoned Christians were a witness to others, and more and more prisoners came to faith in Jesus Christ!  Pastor Foley wrote about one such North Korean prison story – if you haven’t read it yet, it is worth your time.

I was reminded by this as I read Richard Wurmbrand: The Man and His Work, by Merv Knight, co-founder of Voice of the Martyrs Australia. He told the story of Nikolai Khamara who died because of being tortured in prison.  He had been tortured in severe and horrifying ways, which included burns, wounds, bruises and having his tongue cut out.  In the book Extreme Devotion, it is recorded that when threatened with having his tongue cut out Khamara replied,

Praise the Lord Jesus Christ.  There, I have said the highest words that can be said.  And if you wish, you can now cut out my tongue (Extreme Devotion, Day 264).

But what was most amazing to me was not the fact that Khamara suffered and died for the cause of Christ, but that he was originally arrested and imprisoned for robbery.  Khamara was not a Christian . . . he was a thief.  In his own words he said “I am a lost man.”  But while he was serving a 10 year prison sentence for his crimes, he was surrounded by Christians imprisoned for their faith.

Merv Knight recounted what happened to him while in prison.  He said,

Khamara watched the Christians and wondered what kind of beings they were.  They were men, but they would show joy despite their suffering and would sing in very dark hours.  When they had a piece of bread, they shared it with someone who had none.  Their faces would shine as they spoke to someone whom Khamara could not see. (pg. 18)

Whether it’s the more recent stories of North Korean Christians in concentration camps, or the documented stories of Christians imprisoned under the Soviet Union . . . one thing seems to always be the same – even in the worst places, Christians are sharing the gospel and Jesus is redeeming lives.

Not even prison camps or concentration camps can change that.

Pastor Timothy Dillmuth is the Discipleship Pastor of Voice of the Martyrs Korea. He oversees Underground University, a missionary training school for North Korean defectors, and does discipleship training with Christians from all over the world. Pastor Tim received a bachelor's degree from Zion Bible College and an M.Div. from Regent University. He lives with his wife, Melissia and their three children in Seoul, South Korea.
View all posts by tdillmuth →
This entry was posted in Book Reviews, North Korea, persecution, Ransoming the Captive and tagged Merv Knight, Nikolai Khamara, Richard Wurmbrand. Bookmark the permalink.

2 Responses to What Happens When A Christian Is Imprisoned?