Why North Korean Orphans Should Not Be In Orphanages 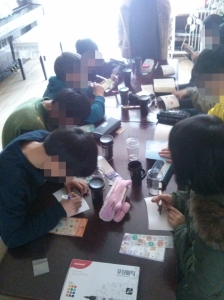 Post by Pastor Tim – When it comes to our North Korea work at VOM Korea (Seoul USA), we are very careful about what we openly share. Despite our robust website (www.vomkorea.com) that contains pictures and information on balloon launches, Underground University and radio broadcasting, there is still quite a bit that we don’t talk about, let alone post on our website.

One of those areas that we’ve shared little to nothing about has been our work with North Korean orphans. We still can’t share a great deal, but I wanted to share with you a fascinating insight from the North Korean underground church:

North Korean orphans should not be in orphanages.

The orphans we work with are often from North Korean women who were sold as sex slaves to Chinese men (sometimes one man or even a group of men). Many of these women eventually escape from these abusive relationships, but the children are left behind and often abandoned by their often aging or handicapped fathers.

Since these children are neither fully Chinese nor fully North Korean, they have virtually no rights, privileges, opportunities and really no hope for a good future.

Orphanages sound like a good solution, but there are serious limitations to caring for NK orphans in this way.  One limitation is that it “tags” them forever as orphans, with all the limitations mentioned in the link.

Instead, VOM Korea (Seoul USA) follows the direction of the North Korean underground church and the Korean Chinese church, supporting and training local church members who care for North Korean orphans in their own homes as “adopted” members of their own families.

This is a brave move for a family. Sometimes families even sacrifice having their own flesh and blood children to raise these orphans as their own flesh and blood. Sometimes they say that the child is their nephew or niece, since they think of the deceased or defecting parent as a brother or sister in the Lord. In this wise way, these orphans become part of the church member’s own family rather than being known as an institutional orphan.

On a recent discipleship trip to visit some of these (former) orphans, we had them draw pictures of God and provide an explanation (picture above). We wanted to share with you some of their responses so that you can get a picture of how God is touching the hearts of these young people who have found homes not only on earth but in heaven.

Here are the children’s explanations . . .

SSB drew a church and a boy who goes to church and put a sticker on it that said, “Oh, Happy Day!” SSB said that his drawing depicted a joyful and happy life in Jesus Christ.

LDK drew a scene from his dream in which God was preaching to him.

HJN used many stickers including Bible phrases in his drawing. He said that those phrases represented truths that God gave him.

TH drew Jesus in the center and put Bible stickers around Jesus. She explained that Jesus is preaching to a crowd.

MO drew Jesus opening his arms, and she confessed that Jesus was her strength and her shield with a passage from Psalm 28:7 – The Lord is my strength and my shield; my heart trusts in him, and I am helped. My heart leaps for joy and I will give thanks to him in song.

Lastly, BYH drew God, the Creator with love and care.

“So then you are no longer strangers and aliens, but you are fellow citizens with the saints and members of the household of God, built on the foundation of the apostles and prophets, Christ Jesus himself being the cornerstone” —Ephesians 2:19-20 (ESV)

Pastor Timothy Dillmuth is the Discipleship Pastor of Voice of the Martyrs Korea. He oversees Underground University, a missionary training school for North Korean defectors, and does discipleship training with Christians from all over the world. Pastor Tim received a bachelor's degree from Zion Bible College and an M.Div. from Regent University. He lives with his wife, Melissia and their three children in Seoul, South Korea.
View all posts by tdillmuth →
This entry was posted in North Korea, Visiting and Remembering and tagged Kotjebi, North Korean orphans, Voice of the Martyrs Korea. Bookmark the permalink.