If You Give A Man A Fish, He Will Complain That He Prefers Chicken 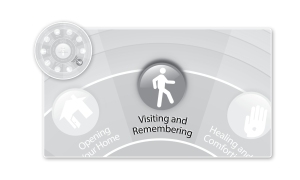 Last week I preached at a church in Korea that operates a food bank. The pastor there told me that it is harder and harder to give away food in Korea because poor people are increasingly brand conscious. He shared how he had recently been delivering boxes of Shin Ramyun (i.e., ramen noodles), and one family declined to receive the gift, explaining, “We only eat Jin Ramyun.”

The phenomenon is neither new nor Korean. Ronald Hill at the Villanova School of Business shared his latest research in Forbes recently, demonstrating that “social comparisons are significantly powerful determinants in life satisfaction for people in poorer, developing societies than for people in more affluent nations.”

The oft-cited but incorrect moral in stories of this type is, “They should just be grateful for whatever we give them.” The correct moral of the story is, “Wow, we really should change the way we give. All that our charity does is to increase people’s desire for more (and higher quality) gifts.”

Jesus was known not for distributing food but rather for eating meals with tax collectors and sinners. Even after his resurrection from the dead when he prepared fish for his disciples on the beach, he ate together with them. Throughout his ministry other people provided the food for most of the feasts at which he ate. And when the Lord did provide–for example, by multiplying fish and loaves in John 6:1-15–he always found a way to ennoble rather than emasculate those for whom he was providing. Whereas Andrew emphasized the meagerness of the five loaves and two small fish offered by the boy in the crowd, it was the boy’s fish and loaves that Jesus raised up and gave thanks to God for before he did his multiplication.

The Reverend Dr. Eric Foley is CEO and Co-Founder, with his wife Dr. Hyun Sook Foley, of Voice of the Martyrs Korea, supporting the work of persecuted Christians in North Korea and around the world and spreading their discipleship practices worldwide. He is the former International Ambassador for the International Christian Association, the global fellowship of Voice of the Martyrs sister ministries. Pastor Foley is a much sought after speaker, analyst, and project consultant on the North Korean underground church, North Korean defectors, and underground church discipleship. He and Dr. Foley oversee a far-flung staff across Asia that is working to help North Koreans and Christians everywhere grow to fullness in Christ. He earned the Doctor of Management at Case Western Reserve University's Weatherhead School of Management in Cleveland, Ohio.
View all posts by Pastor Foley →
This entry was posted in Uncategorized, Visiting and Remembering and tagged food bank, give a man a fish, ramyun. Bookmark the permalink.

2 Responses to If You Give A Man A Fish, He Will Complain That He Prefers Chicken