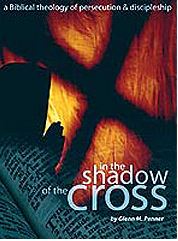 You might expect North Korean defectors more than others to understand the “high cost” of following Jesus, but surprisingly many of them are as naïve as we are.

Many NK defectors in our Underground University program became Christians after escaping from NK. This means that a good majority of their Christian experience has taken place in South Korea. And since coming to South Korea, they have received an apartment and a sizeable amount of money from the government. They are also able to get an extra monthly stipend from many SK churches simply for attending. They experience “freedom of religion” in a similar way to how we experience it in the US. And this is of course mixed in with things like access to television, technology, and well-stocked grocery stores . . . AKA the good life! (Not really the good life, but hopefully you get my point – more on that here)

Thus, when I read Luke 14:28-33 with them last Saturday, many of them were a little concerned that Jesus said it would cost us everything to follow him. And to be honest . . . I was just as concerned as they were!

Luke 14:33 says, “So therefore, any one of you who does not renounce all that he has cannot be my disciple.”

I love how Pastor Brian Steele of Christ the King Community Church described it. He said,

Jesus was not a crooked salesman. And because of this he probably lost potential followers who wouldn’t pay the price he was asking.

A good Scriptural theology of Christian suffering and persecution is largely absent from many cultures like South Korea and the United States, where Christians tend to have material wealth and enjoy a reasonable amount of success and comfort. As a result, we tend to twist the Scriptures and replace the Jesus of the New Testament with our own creation. A 2010 article in Canada’s National Post put it this way,

Santa is the perfect deity for our day; he’s a god-man who is eternal, omnipotent, omniscient and omnipresent, who judges and reward good and bad behaviour. He is a vehicle of undeserved love, forgiveness and grace . . .

But what about Jesus?

The sweet infant sleeping on the hay . . . grows up to be the man who angers local religious authorities, is betrayed, abandoned and handed over for torture by disappointed friends, and dies a traitor’s cruel death.

Although our culture makes it difficult to understand, the Bible is clear that being a disciple of Jesus isn’t easy, and that it always involves suffering. One of the best resources that I’ve found on the topic is Glenn Penner’s book, In the Shadow of the Cross.  In the beginning of the book, Glenn Penner quotes Dietrich Bonhoeffer:

Discipleship means allegiance to the suffering Christ, and it is therefore not at all surprising that Christians should be called upon to suffer.

Pastor Timothy Dillmuth is the Discipleship Pastor of Voice of the Martyrs Korea. He oversees Underground University, a missionary training school for North Korean defectors, and does discipleship training with Christians from all over the world. Pastor Tim received a bachelor's degree from Zion Bible College and an M.Div. from Regent University. He lives with his wife, Melissia and their three children in Seoul, South Korea.
View all posts by tdillmuth →
This entry was posted in Making Disciples, North Korea, persecution, Uncategorized and tagged carry your cross, In The Shadow of the Cross, Luke 14:33, North Korean Defectors. Bookmark the permalink.